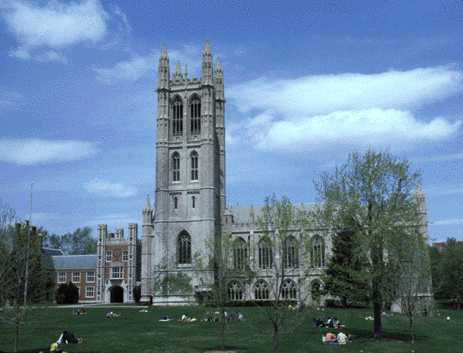 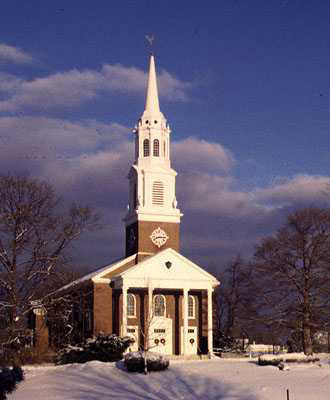 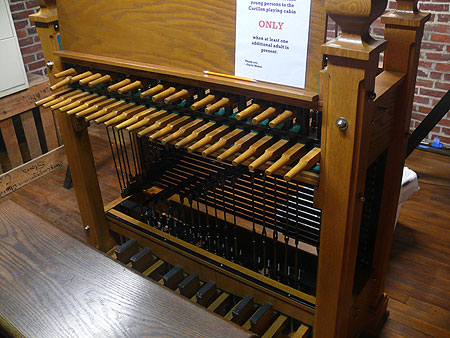 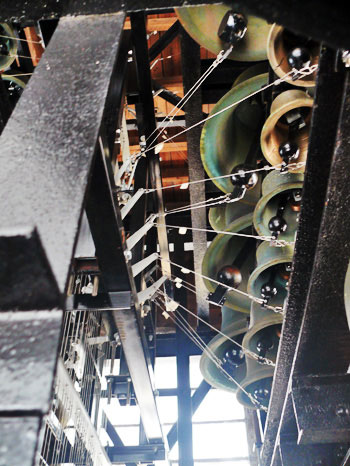 What is a carillon? It's a very public musical instrument composed of at least two chromatic octaves (23 bells) of tuned, cup shaped, cast bronze bells, usually located in a tower. They are the heaviest and largest musical instruments in the world (we'll take that old joke about 'heavy metal music' as read, shall we?)

For more information about carillons, click here for a detailed explanation on the website of the Guild of Carillonneurs in North America.

Bell instruments with less than two octaves are called Chimes. Chimes are sets of bells on which simple tunes can be played, often hymn tunes, as they were usually installed in churches. I began playing bells on the 14 bell Yale Memorial Chime of the First Congregational Church in Wallingford Connecticut. That chime was cast and installed in 1927 by Meneely & Co. of Watervliet NY. From that beginning, I became interested in making music on bells; early on I expanded my horizons to the greater musical capabilities of carillons, and joined the Guild of Carillonneurs in North America.

I've been associated with the Plumb Memorial Carillon of the Trinity College Chapel (upper picture) even before I was an undergraduate there, and continue that connection today. Recently I've begun playing on the recently renovated and enlarged Dunham Memorial Carillon at the University of Connecticut in Storrs. The carillon is located in the tower of the Storrs Congregational Church (lower set of pictures showing church, refurbished 1931 keyboard, and the renovated action of the carillon).

This and all the other carillons in Connecticut are discussed on my Connecticut Carillons page.